….docious Day… In other words, another very good day!

As we left Salinas this morning, I was immediately impressed with the agricultural abundance of this part of California.  They’ve got some big people growing our crops: 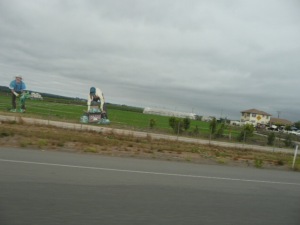 We had our first stop-and-go experience of the day as we rode through Monterrey.  For a couple of miles, traffic on both sides of the road wasn’t moving faster than a few feet a minute.  Our first two hours took us down the coast only 70 miles.

But when we got clear of Monterrey and Carmel-by-the-Sea, things opened up.  Compared to the coast north of San Francisco, the road is in better shape and has fewer of the 15mph corners that bugged me so much on Wednesday night and Thursday.  The highway was more “sweepers” than “twisties,” and we all moved along at the same speed, about 5mph under the limit.

We saw a couple of lighthouses: 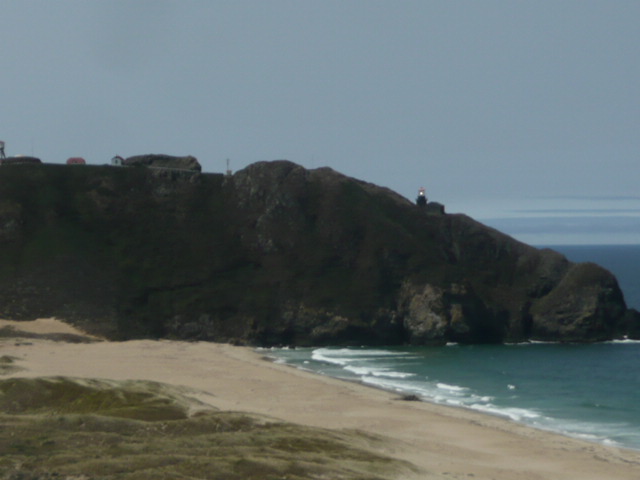 and Piedras Blancas near San Simeon and Mr. Hearst’s castle (which we did not see).

In between, we had beautiful weather, not too hot, not too cold, and the fog bank was several miles offshore.  We saw some outstanding engineering and construction as we rode through a tunnel being built at a site where the road has been closed on a semi-regular basis due to land- and rock-slides.  When this is finished, that won’t happen again.  Or if it does, it shouldn’t be as bad. 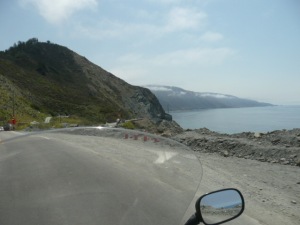 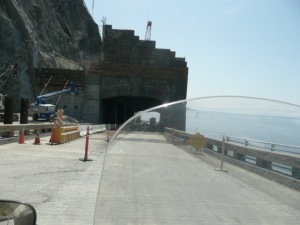 A little over two hours after we left Salinas we arrived at the Ragged Point Inn and Restaurant, a place that had a magical feel and that we enjoyed for nearly two hours.

The views are amazing, the grounds are very well-tended, the restaurant was excellent, and the atmosphere is laid-back.  How many places with a restaurant will let people bring their own picnic baskets and spread them out on the manicured lawn?

Rick, my friend and riding partner, and

me, in all my radiant pulchritude.  🙂 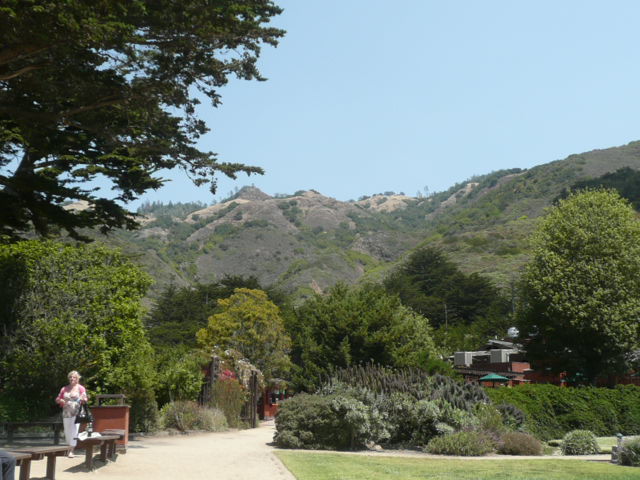 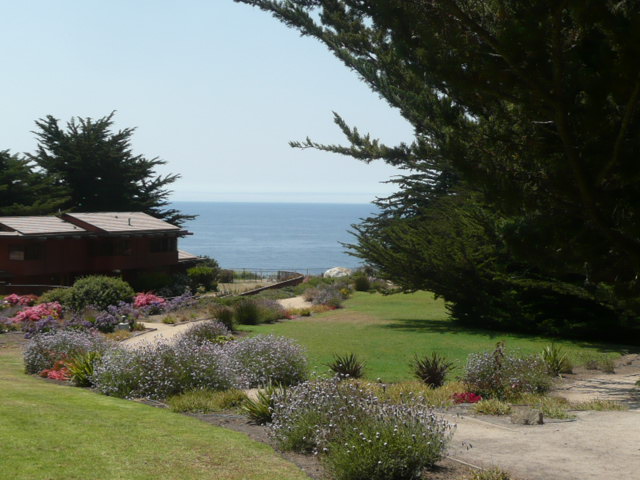 After lunch and just sitting and soaking in the day (the smells were amazing, as were the butterflies, the bees, the flowers, and the begging bird), we went on south to Seal Beach, where we saw… no, you’re wrong — we didn’t see justseals, we saw ELEPHANT seals:

Looking at these guys, we decided that they have the kind of retirement many people look forward to, and it made us glad that we were more active.  🙂

On down the coast we saw this rock.  If you think you recognize it, you probably can’t remember where it is.  Well, it’s in Morro Bay, California. 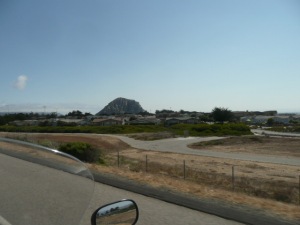 From there, we went inland and took CA-154, which was just as beautiful as the coast in a different way. 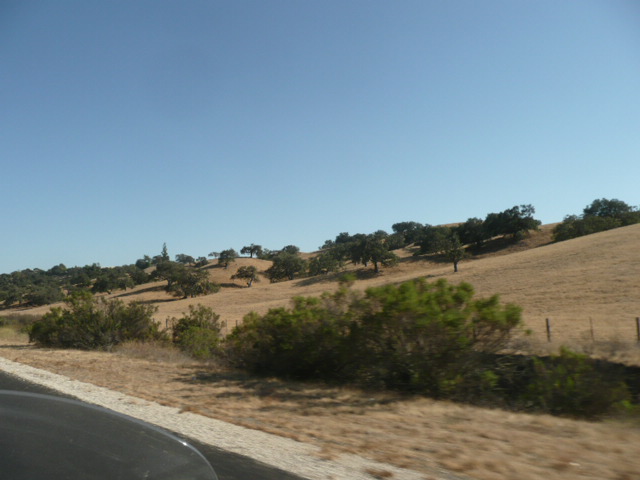